FC COPENHAGEN WAS IN TOWN!

EVENT OF THE YEAR: STADA CEO In Serbia For The First Time

After a year of heavy negotiating, followed by a couple of intense months of hard-work, STADA Global Leadership Meeting 2019 – aimed to bring together professionals from all over the world in order to share some insights on a diverse range of topics – finally rolled-up in Belgrade!

For what will turn out to be one of the most prominent events of the year 2019 – together with our precious partners, we had staged audiovisual spectacle that lasted for over than six hours straight! Enormous THANK YOU to Hemofarm (STADA’s daughter company in Serbia) for entrusting us in taking care of one of the world leading pharma & healthcare giants on the market, including the respected and (often over) demanding CEO, Peter Goldschmidt.

The much needed touch of luxury and glamour – in the spirit of young Hollywood gala events, such as the Academy Awards – was easily achieved by accommodating gala to the White Palace – Belgrade’s open-air museum reflecting an ideal combination of minimalist elegance and haute interior design.

But let us gently walk you through the night… In a country where food is considered religion, a gala would be nothing without some fireworks in your taste buds. For such occasions you only want to hire the very best there is out there and it doesn’t get any better than one of the greatest names in modern haute cuisine, that just happens to be our good friend! Our 150 delegates had the pleasure of tasting plates that the Meilleur ouvrier de Grande Bretagne and a Michelin star chef previously designed for POTUS Barack Obama, The Rolling Stones, Prince of Whales and other numerous Hollywood A-listers and celebrities. But if you really want to learn more about eating and drinking habits of Serbian people, it all gets down to the national drink – the (in)famous RAKIA.

The right rakia cocktail is more than just a drink. It’s the perfect combination of scent, color, sound and taste. Utilizing a broad spectrum of gastronomy, perfumery, music, art and design, this stylish and cool RAKIA LAB corner with rakia-based cocktails served in chemistry glassware, presented only the best and boldest alcohol creation to the delegates. Our Break-Up Letter To 2D Events

Say goodbye to boring projection presentations, and hello to 3D spatial augmented reality. Instead of the old déjà vu storytelling, we decided to go for some story-doing with mind-bending effects that made our event come alive. Matching STADA international values with Serbian all-time celebrities that brought prosperity to the mankind, we came up with a custom-made 3D projection featuring our homage to the beautiful mind of Nikola Tesla and Serbian all-time favorite tennis star Novak Đoković! 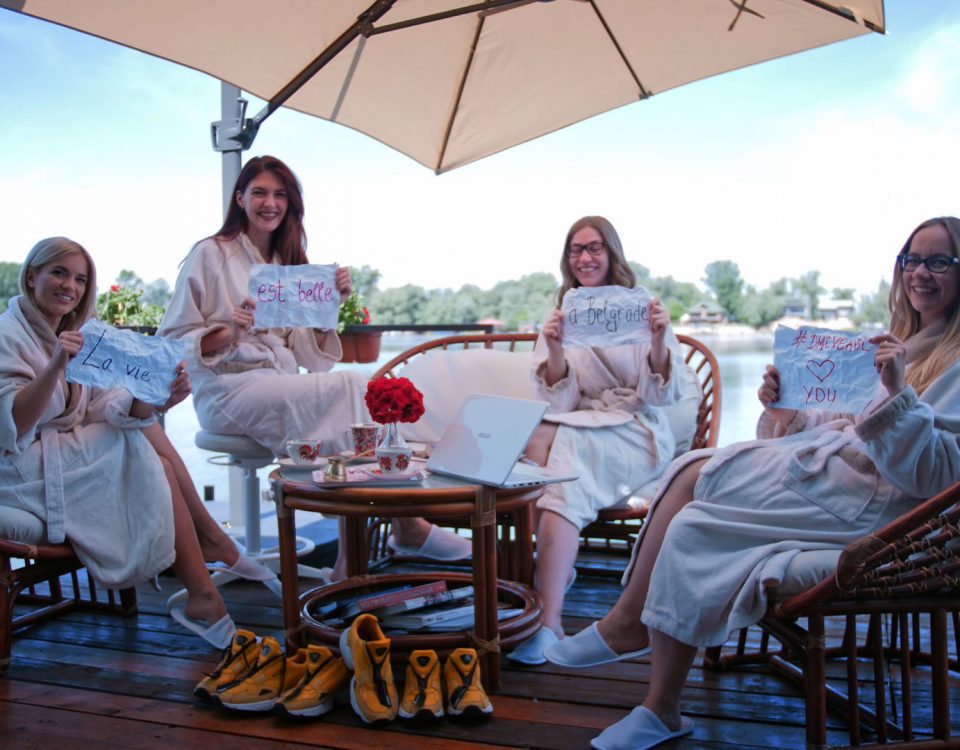