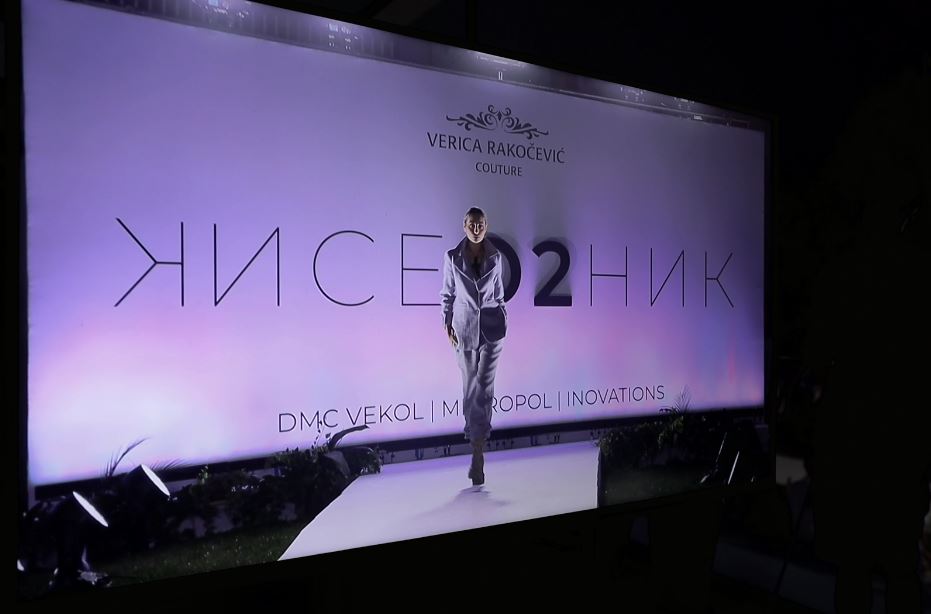 Belgrade might still need a lot to catch up with Milan, London or NYC when it comes to high fashion, but did you know that Serbian capital is quickly becoming leading international fashion player?

For the launch of her new fall-winter 2020/21 collection symbolically called “O2xygen”, Serbian most famous haute couture fashion designer Verica Rakočević, in accordance with the limitations of current moment and circumstances.

The very first hybrid runway show in the Balkans took place out on the open, in the beautiful gardens of the Metropol Palace 5* Hotel. The show was inspired by and dedicated to medical staff throughout the world who are fighting Covid-19 and for the occasion three nurses were invited to walk the runway for the Grand Opening of the event as guest of honor – modern heroines and true role models of today.

Due to strict epidemiological measures only around fifty VIP guests and journalists were able to attend the event onsite, while over 3 000 invitees watched the live stream through the screens of their smartphones. According to Rakocevic, something like this has happened for the first time in the Balkans.

DHC Vekol envisioned, designed and executed the event from scratch. With the hybrid project O2xygen –never before seen in fashion industry – we aimed to pay the tribute to the medical workers from all over the world who are quite literally fighting for oxygen, that is, fighting pandemics. All necessary permissions were beforehand acquired from the highest city authorities and promotional campaign lasted for three weeks in domestic and foreign media.

Hybrid project O2xygen – never before seen in fashion industry – aimed to pay the tribute to the medical workers fighting pandemics. Over 3 000 invitees watched the live broadcast of the fashion show

Verica Rakočević is the Big Mama of high fashion and an iconic celebrity in Serbia. For western audiences Verica is a proven veteran – she staged fashion shows in Paris, Moscow, Monte Carlo, Dubai, Cuba & LA and styled countless red carpets and editorials. Dressed Kate Middleton and Melania Trump among other A-listers and celebrities. Named “Fashion Designer To Know About” for 2017 by Vogue Italy.

HYBRID: Emerge of Your Brand Through post-COVID19 Landscape